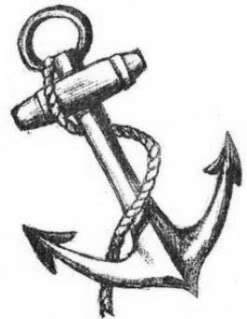 The boating season will soon be in full swing … Speaking of Swinging … When you anchor, you must be aware of your surroundings due to the current “swinging” your boat.

Being at anchor is a big part of boating life.

Let’s start with discussing different types of anchors. Here’s a quick rundown of which anchor is appropriate to a certain vessel:

➢ Mushroom Anchor: Should be used for temporary anchoring for boaters whom are swimming, fishing or exploring. Simply its due to their limited holding power which means it should be used by smaller boats. Since its holding power is limited the boat can easily begin to drift out of place and into other boats should the water conditions ramp up.

➢  Danforth Anchor: Is a more stable anchor meant to have more holding

power.  Its usually used when the  conditions on the water become harsh as its sturdy, making the boat a little bit more controllable.

My Motto is “Backup to the backups” so have two anchors on board. If you have to cut the anchor because it is stuck it is wise to have a backup. If your engine breaks down after you lost the primary anchor, you could drift out of control towards other boats, commercial traffic or even rocks. Never anchor from the stern because you may swamp your boat and capsize. Before each voyage check your anchor, chain and rode (anchor lines) for wear and tear or damage. I have heard of anchors being stolen right from boats at the dock. So, this should be part of your pre departure checklist.

Survey the area where you want to set your anchor. Then make sure there are no obstacles in the way, such as a dock, other moored boats or buoys. Look to see which way the other boats are facing and check the direction or the wind or current. Place your bow into the wind or current, and start lowering your anchor (do not throw). Remember when the anchor sets, the boat will swing, check your depth and tide range. Let out 7 times the depth for proper holding. If it is a calm day you might get away with about 5 times the depth but on a stormy day let out 10 times the depth. Do utilize any power, neither forward nor reverse; instead let the wind or current set your anchor. If you use power, you risk fouling your line.

Once the anchor has set, it is a good idea to ask a guest/first-mate to point out landmarks so that you have someone else keeping a proper lookout. I then set my anchor drag alarm on my GPS. There are mobile apps available as well. This serves as a warning alarm if your anchor looses its hold and you start drifting. Some people just mark the spot on their gps with a waypoint or MOB.

I always throw out a type IV PFD attached to a long nylon line (ski rope) and tie to the stern so that a swimmer that gets too far from the boat because of currents, can have something to reach for and pull themselves in if they are tired. Remember to remove the key from the ignition and never run the engine if someone is swimming near the boat! Propeller strikes are common during this time.

You are ready to enjoy the day on the water …

When it is time to head back to the dock, follow these steps. If available recruit the help of a guest (1st mate) one person at the bow to check anchor line. To release the tension in the line, I use hand signals to direct the operator to move forward in the direction the anchor line is headed in the water. By putting the throttle in forward for JUST ONE SECOND at a time then bring the power back no neutral. This will serve as a little surge of power, to give a little slack to the line. Be aware of when the anchor breaks free from the sea floor, at which point you are drifting so keep a 360* look around you. Bring the anchor just to the water line, it could be full of mud, I would place the boat in reverse for a short distance to clean off the anchor while in the water. Then raise it and secure it. All of this takes practice and always proceed with caution.

Some fisherman use an anchor ball to help release the anchor by attaching a ball to the line.

If you would like to further your boating education, there are hands on courses available for Docking, Close quarter maneuvering; open water and anchoring. Definitely take the NYS Boating Safety Course with Captain Rick. Sign up today at nyboatschool.com

Check us out at:

Welcome To The Water!! 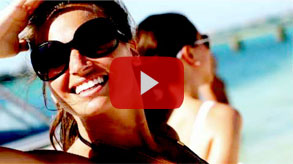 Get FREE newsletter about boating tips and Captain Rick's updates

Whats in a Ditch Bag?

It is important to have a Ditch Bag when boating off shore. This bag should be easily accessible and[...]

The winter always comes too soon for a boater.

Check out the following link for a handy winterization checklist http://www.boatus.com/s[...]

Recreation on the Water